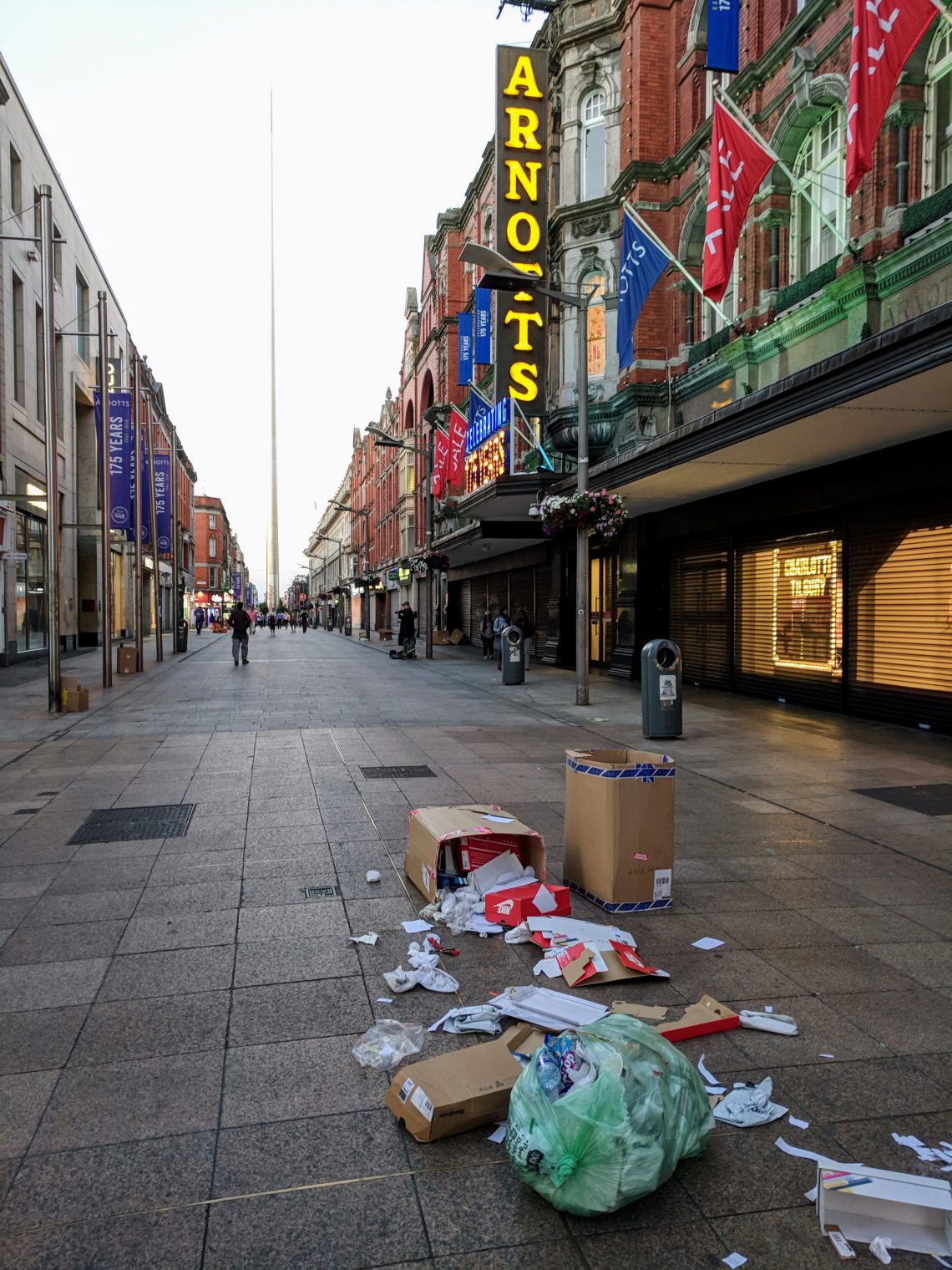 My husband and I have now been in Dublin for just over 10 months. We can safely say that it is the dirtiest city we’ve lived in, thanks to its massive litter problem.

We lived in New York City, Seattle, and Boston over the past nine years. Yes, NYC is gross in that garbage is left out on the street for collection, but at least the trash is placed in sealed bags (usually). (Now, their rat-infested subway tracks is a different story, but it’s not like people walk on the tracks.) Boston, I’ve seen some disgusting things on occasion (for example, a bloody tissue on a seat on an Orange Line T). But in terms of street litter, it’s not really anything out of the norm for an urban area.

Dublin is the least populated place we’ve resided in, yet it’s the most littered. Here, I’m astonished by how so many people literally don’t care and chuck their garbage wherever they feel like. The most common things I see are beer/soda cans, soda bottles, crisp bags, and cigarette butts. Have these people not heard of finding a trash can, or bringing their garbage back home with them? The press have covered this issue time and again (you can read about it here, here, and here). And check out this article from April about the place every Dubliner goes to when the weather is nice: The Barge. Look at all that trash left behind! WHAT IS WRONG WITH PEOPLE? HOW IS THIS OK? (And if you’re thinking, “Maybe that was just one time?” NO. Here’s an article about an identical mess in 2017.)

To me it’s just common sense to, you know, not litter, so I get really angry and upset when I see things like this in my neighborhood:

Another popular form of litter? Dog shit. It seems like pooch owners don’t understand the concept of picking up after their pets, at least where we live. You literally have to pay attention when you’re walking because you can very easily step in a big pile of shit. We’ve had a number of close calls when we took our eyes off the sidewalk. Signs ask owners to “bin the poo” or else face a €150 fine—I’m curious how many people have actually been penalized. PICK UP AFTER YOUR DOGS! Not only is it unsightly and disgusting, but it’s also a health hazard. I strongly believe that if you don’t clean up after your dog, you’re not responsible enough to own a pet, but I digress . . .

Below are some photos I’ve taken over the past several months displaying Dublin’s litter problem. Seeing these kinds of scenes on a daily basis honestly makes me not want to live in this neighborhood anymore (Dublin’s north inner city is considered one of the most littered in the country). Sad, since there’s a lot going on here. From the perspective of someone not originally from Dublin, all this rubbish simply makes the city look grimy, ugly, and unwelcoming. More needs to be done to combat this.